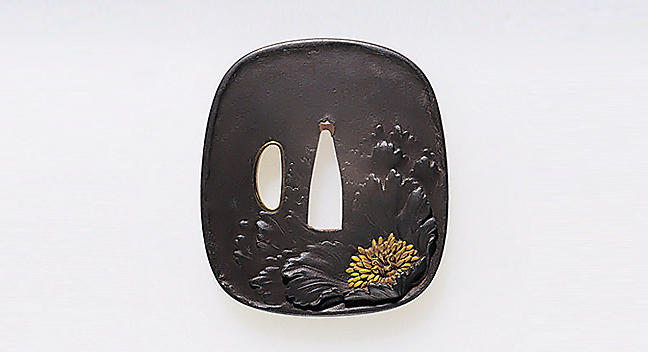 This work depicts a boldly positioned peony flower with its center formed through a uniquely three-dimensional carving style and gold inlay. The feathery petals of the peony flutter, and it is as if one could almost smell its fragrance. The creator of this masterful work, Kanō Natsuo (1828-98), became an imperial craftsman after the Meiji Restoration.