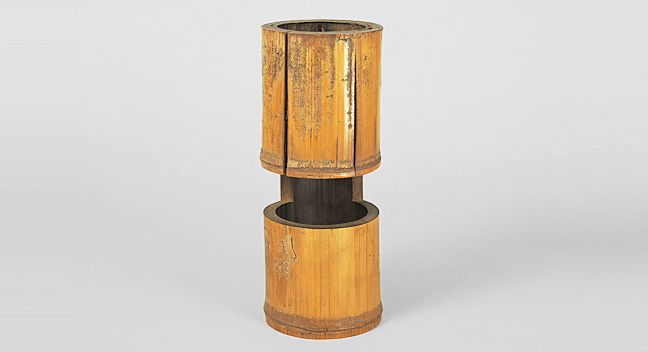 When first made this flower vase included two openings, and hence was known as a nijūgiri（double-cut）type of flower vase. Then the upper section was damaged, so Enshū cut away that part and gave its new form the name of Sairai, literally re-appearance. This work reveals Enshū’s particular creative spirit.