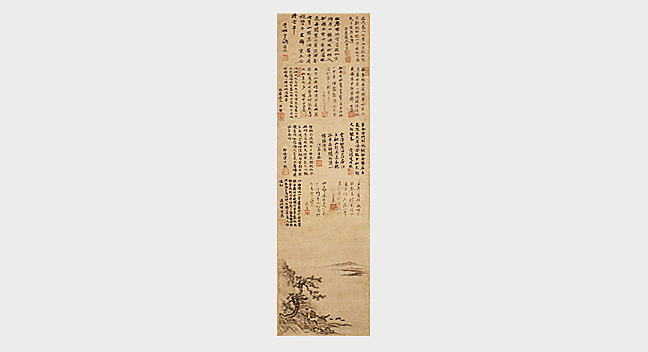 This is a typical example of a so-called "poem-picture scroll" in which numerous Zen priests have written their own inscriptions on the top half of a painting by someone else. If the attribution to Shūbun is accepted, the inscription dates in the upper section indicate that it was painted before 1419, thus making it the oldest extant work attributed to Shūbun.